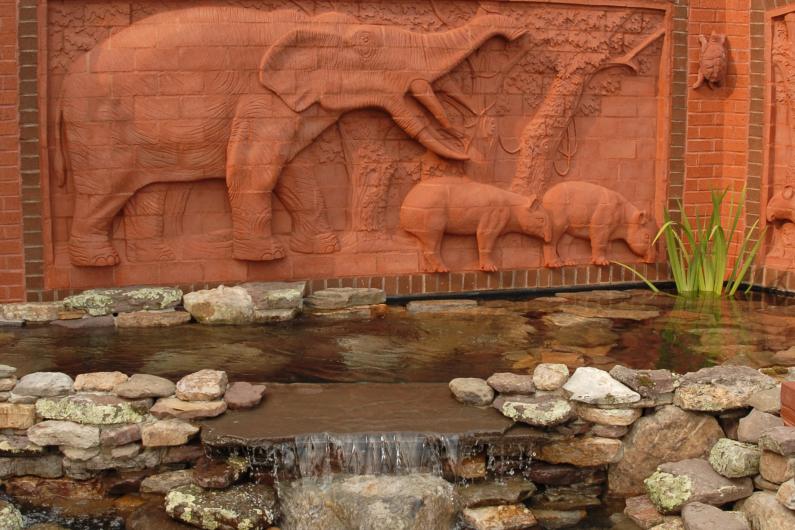 What do scientists think made those animals happy?

Lesson 2. What do scientists think made the fossil animals from Gray happy?

Now that we know who the main characters were in the fossil story for the Gray Fossil Site, we will spend some time researching those animals and developing a better understanding of their habitat requirements. We'll start by revisiting our friend the alligator to learn more about how these animals survived at the Gray Fossil Site almost five million years ago. As you read through the information, keep in mind what you learned in the last unit about modern alligators and their habitat needs. 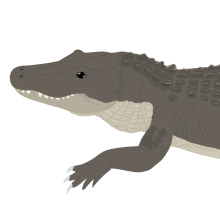 Alligators are semi-aquatic. They can walk on land, but they spend most of their time in the water. That’s where they find shelter, raise their young, and hunt for food. The Gray Fossil Site alligators did all of this in the water of the ancient pond. Paleontologists have discovered fossilized remains of adult and young alligators, so we know they were spending most of their lives in the pond!

Since they are reptiles, alligators can’t generate a lot of body heat, so they bask in the sun to stay warm. Alligators need plenty of water and warmth, so they can only live in parts of the world with high temperatures and lots of precipitation.

Alligators are among the largest predators at the Gray Fossil Site, and there was plenty of food for them to eat. When hunting in the pond, they could find fish, turtles, frogs, and other small water-dwelling animals. Maybe they even got to chomp an occasional swimming tapir! At the Gray Fossil Site, one fossilized turtle shell has been discovered with alligator tooth marks, so we know turtles were on the menu! Below, you can see a 3D scan of that turtle shell and the alligator tooth marks preserved on the shell.

Today, Chinese alligators are considered Critically Endangered due to human activities, including hunting and the destruction and pollution of the alligators’ habitats. There are very few Chinese alligators left living in the wild. American alligators used to be endangered, but now they are protected by laws and special procedures to preserve their habitats, and they have returned to large and healthy populations.

This video provides an overview of our scientists' understanding of the alligators at the Gray Fossil Site.

Now that we've learned about the alligators at the Gray Fossil Site, it's time to research the habitat needs of other major animals found at the site. As discussed previously, these animals include mastodons, red pandas, rhinos, slider turtles and tapirs.

If you are working individually or as a small group, you should research all of these animals. If you are working as a class, you should divide into five smaller groups, and each group should choose an animal to research. The links below will take you to an information page about your group's animal. Download the habitat worksheet from that page, and use the information you find to fill out the sheet. Once you're done, come back here to join your class.