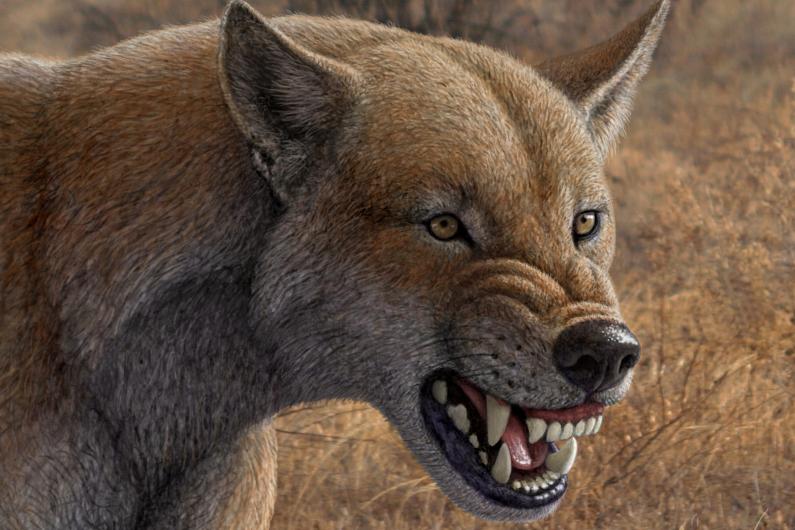 The Gray Fossil Site in Gray, TN has been studied for over 20 years and in that time many extinct animal species have been identified from the five-million-year-old ecosystem, including tapirs, rhinos, red pandas, and mastodons. While large herbivores are well known from the site, large predators are relatively uncommon, so far including only alligators and scarce remains of at least one sabertooth cat.

Now there’s a new predator on the scene. A recent study published in the Journal of Paleontology describes a single right humerus (upper arm bone) of an animal named Borophagus, a member of an extinct group called the bone-crushing dogs, so named because of their powerful teeth and jaws. This is the first evidence of any canids (animals in the dog family) from the Gray Fossil Site.

This research was conducted by Emily Bōgner, doctoral student at UC Berkeley and alumnus of ETSU’s paleontology Master’s program, and Dr. Joshua Samuels, associate professor in the ETSU Department of Geosciences and curator at the Gray Fossil Site & Museum.

“The identification of a bone-crushing dog adds to the list of terrestrial apex predators at the Gray Fossil Site, the other being a sabertooth cat,” says Bōgner. “With two large predators on land and alligators in the water, herbivores at the site would have had to be on high alert. 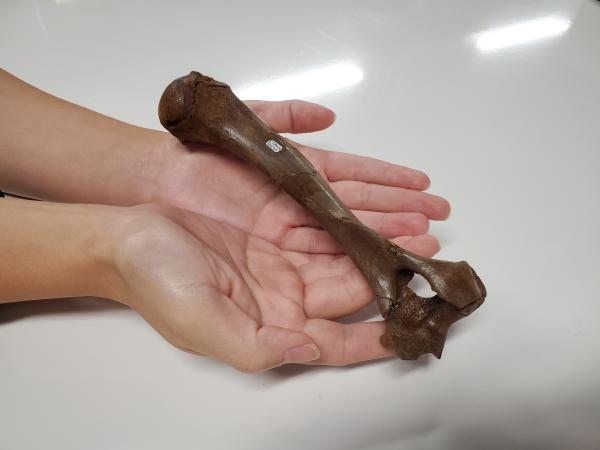 Comparing this single limb bone with those of a wide range of modern and fossil dogs allowed the researchers to estimate the size of this extinct dog and make inferences about how it lived. Estimated to have weighed between 115-160 pounds, this Borophagus was similar in size to the largest living wolves. The humerus is stout and has large areas where muscles once attached, suggesting this ancient carnivore was a powerful ambush hunter rather than a pursuit predator like wolves.

The Gray Fossil Site also represents a new habitat for these bone-crushing dogs. Borophagus is known from dozens of fossil sites across the United States and Mexico, but is usually found alongside plants and animals from open environments like grasslands. The assemblage of fossils at Gray paint a picture of a densely forested habitat with lots of forest plants and tree-dwelling animals. The ambush hunting strategy of bone-crushing dogs might have been particularly well-suited for hunting tapirs and other large herbivores in the ancient forests of the Appalachian Mountains. 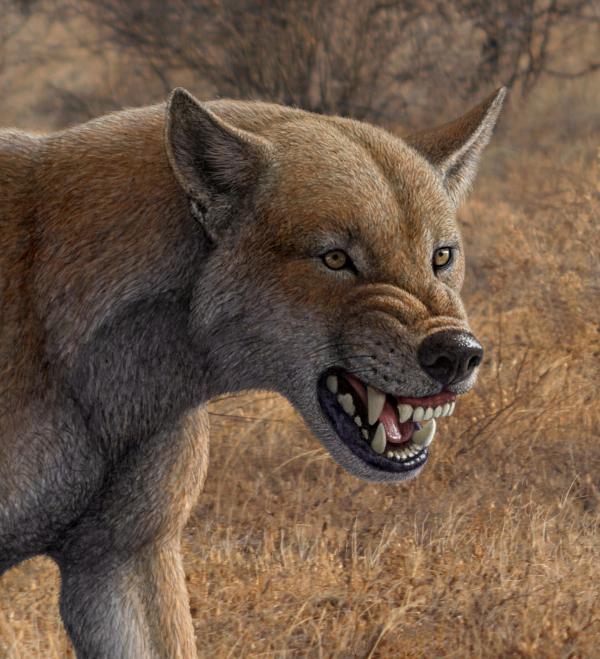 Many questions remain about the lifestyle of these extinct dogs, and the researchers are hopeful that more Borophagus fossils will be found at Gray in the future. “The limb proportions of Borophagus are a conundrum to researchers,” Bōgner says. “Having more limb bones would be a big help in understanding how these bone-crushing dogs moved.”

“Since the lifestyle of these dogs is thought to be similar to hyenas, I would also like to see bones that had been cracked open by Borophagus at the site,” Samuels adds. “That could help us to understand what they were actually eating in the ancient Appalachian forests.”

Study: Bōgner and Samuels 2022. The first canid from the Gray Fossil Site in Tennessee: new perspective on the distribution and ecology of Borophagus. https://doi.org/10.1017/jpa.2022.46 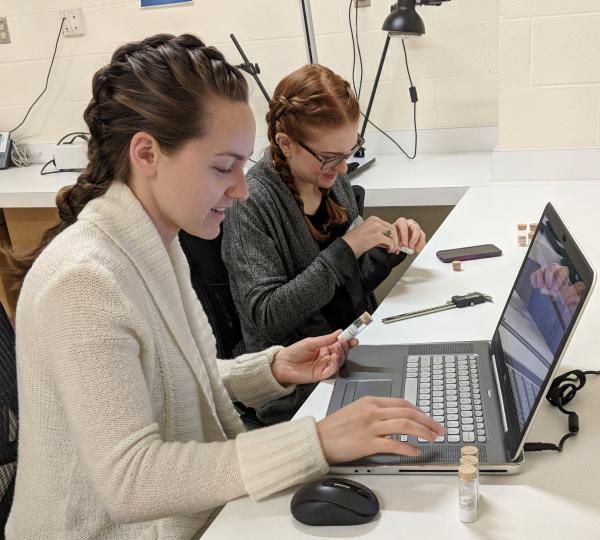