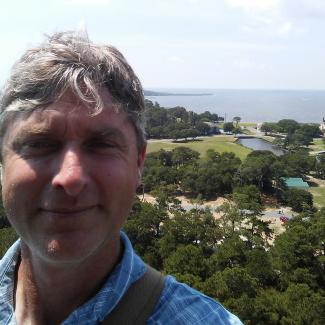 Chris Widga is a vertebrate paleontologist and zooarchaeologist interested in the paleoecology of North American landscapes. Originally from Nebraska, Widga completed a PhD at the University of Kansas with a focus on two things: the Holocene fossil record of Bison, and the brief period of overlap between humans and extinct megafauna in the archaeological record. This was followed by nine years as curator of geology at the Illinois State Museum, where he developed a program of research that concentrated on the paleoecology and extinction dynamics of Quaternary faunas. His active research includes: the evolution and extinction of North American proboscideans, radiocarbon dating and stable isotope ecology, early domesticated dogs, and 3D scanning applications  in archaeology and paleontology.